Hair loss, fatigue, difficulty concentrating, and inability to function without 15 cups of coffee a day could be the signs of underperforming thyroid and/or iron deficiency. Unfortunately,  even if both thyroid and iron markers are checked, some important markers are missed.

The common lab test includes screening for thyroid disorders (TSH, Free T3, Free T4, etc.). More often than not, the serum level of iron is ordered too, while ferritin, TIBC, UIBC, and iron (transferrin) saturation are not checked. Unfortunately, the serum level of iron is not an accurate marker of iron deficiency or overload. It can be elevated due to the recent consumption of alcohol, inflammation in the body or taking birth control pills. It is very important to ask your clinician to run the full iron panel and the full thyroid panel to get to the root cause of hair loss and underperforming thyroid.

2. Lab tests are performed but not interpreted within the functional (optimal) ranges.

If the levels are within the lab range, even if they are borderline-low, the patient’s symptoms are frequently dismissed and the patient is told that “Everything is fine, all the lab tests came back normal.” You see, there is a big difference between ferritin level of 20 and 70. While 20 is still within “normal” range for most labs, 15 is considered to be the first stage of anemia (caused by iron deficiency). Ferritin is the more accurate marker of iron deficiency as it represents the iron storage protein. Nevertheless, the whole iron panel is needed to make sure that even this marker is not falsely elevated due to infection or inflammation.

The thyroid labs come back on the low level but “within normal limits” or WNL. The ferritin is on the low end, but there is no concern because it is WNL.  Ferritin is needed by your thyroid because it transports T3 into the cell where T3 is used. So with deficient iron, your thyroid will not put out enough T3 to keep your body functioning at the best for you level. Your body stops responding to caffeine eventually and the overwhelming fatigue and the loss of the ability to focus on the simple daily tasks appear. Ferritin is a better indicator of the iron stores in your body and levels below 30 are indicative of borderline iron deficiency.

4. Who is at risk of iron deficiency?

It is obvious that women of reproductive age and monthly menstruation lose blood regularly. Pregnancy is another risk factor, as the demand for iron is highly increased during this vulnerable, but beautiful state. Also, anyone who is taking acid reducing medications such as PPIs (proton pump inhibitors omeprazole, pantoprazole), TUMS, H2-blockers such as ranitidine are at increased risk of decreased absorption of iron from foods and supplements as iron needs sufficient hydrochloric acid to help its’ absorption. Coffee, tea, calcium in supplements and/or milk, egg whites will also decrease the absorption of iron if consumed together with a meal rich in iron. 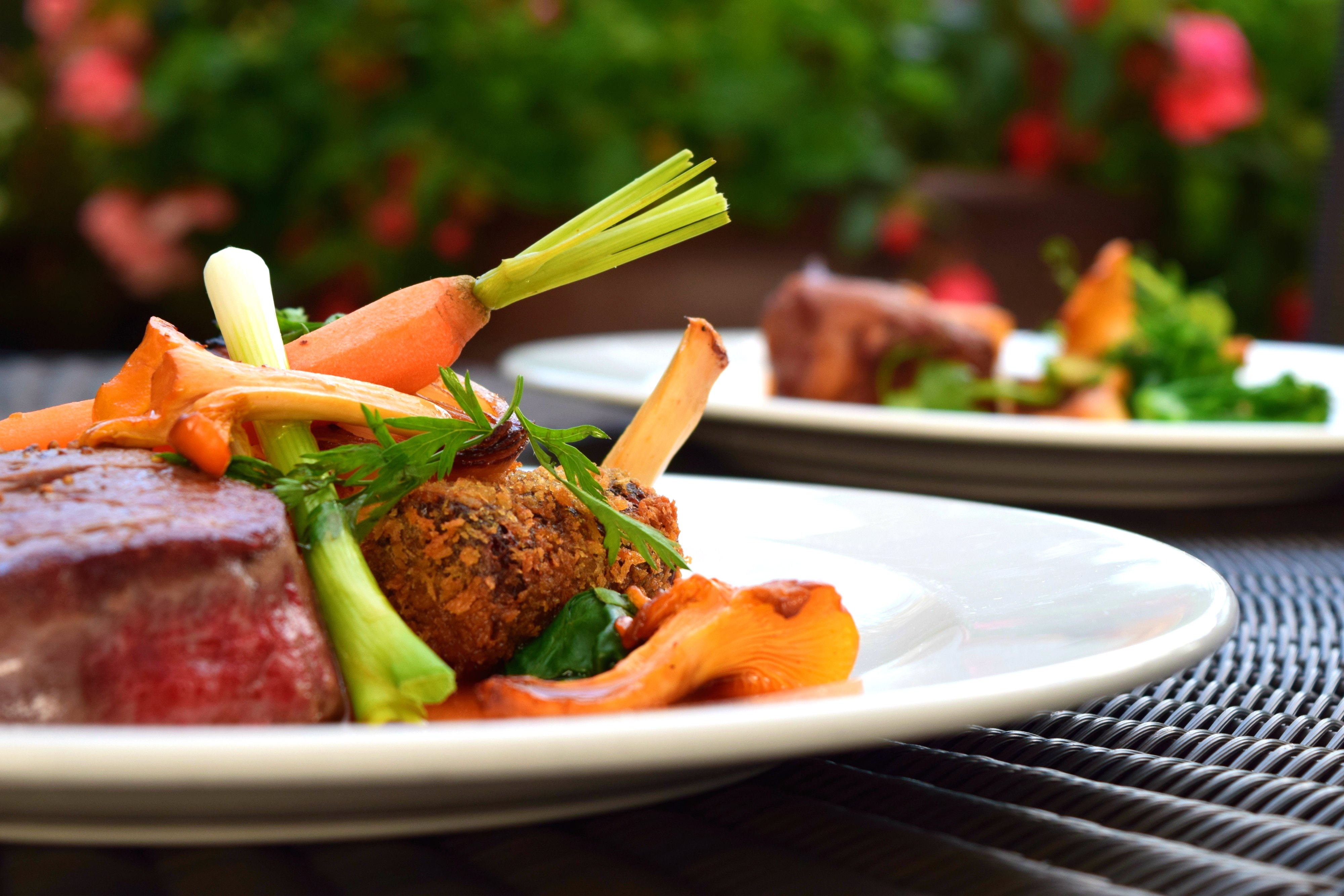 5. How to Restore Iron Levels?

Foods: The richest sources of heme iron that is found in animal products are oysters, clams, organ meats such as chicken and beef liver. Not everyone can stomach some of these foods and vegetarians and vegans are at the increased risk of not getting enough iron. The iron in plant foods is called non-heme iron and does not get absorbed as well as heme iron from animal sources. Adding Vitamin C foods (parsley, citrus fruits, strawberries, broccoli) to the iron-rich meal greatly increases iron absorption.

Iron Supplements: Nevertheless, when ferritin levels drop too low and you get symptoms, you may need to take an iron supplement until you restore the iron storage and decrease/get rid of the symptoms of iron deficiency. The common side effects of iron supplements are constipation, nausea, stomach pain. Taking the iron supplement on an empty stomach is advised, but it also increases the occurrence of side effects. Picking the right supplement that contains better-absorbed heme iron and has minimum side effects is the best approach. Please, do not self-medicate as too much iron can be a bad thing too. Iron overdose may result in death. Keep any iron and multivitamin supplements containing iron out of children’s reach.

If you need more help in figuring out the underlying causes of your iron deficiency and fatigue, make an appointment at Sprouts Health here: 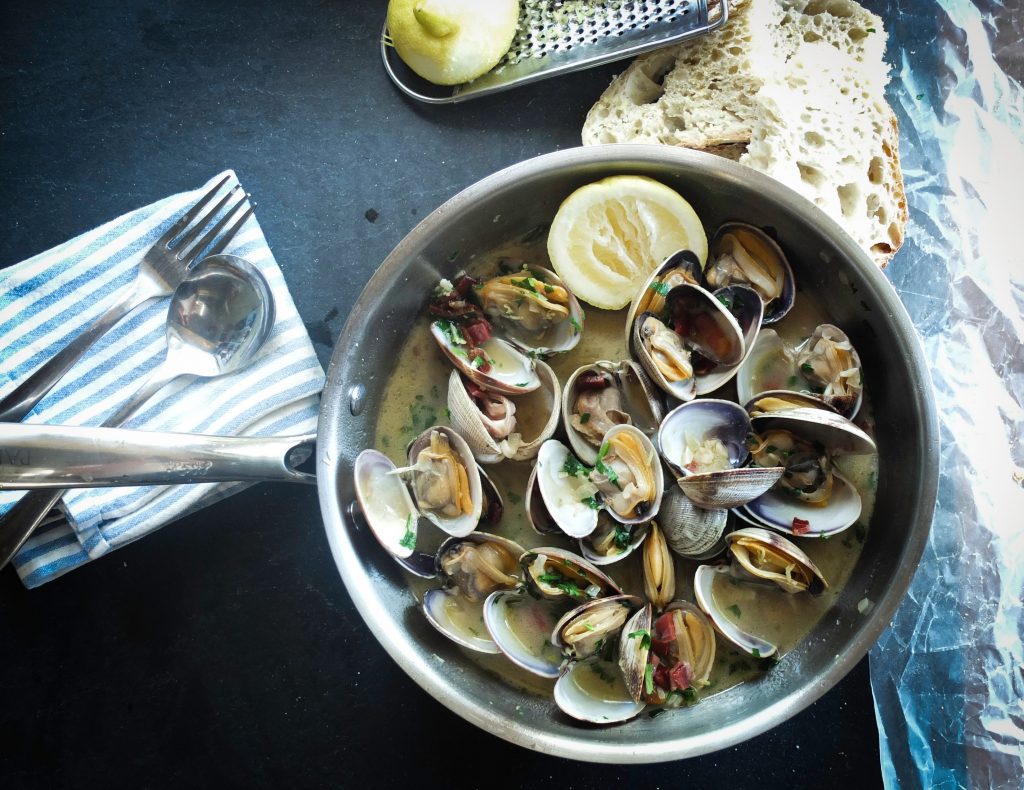 Clams and Oysters are the Richest Sources of Iron

Zhanna Tarjeft, FNP is a certified Functional Medicine Practitioner and a founder of Sprouts Health Functional Medicine Practice in Gilbert, Arizona. Her articles are a matter of personal opinion and do not constitute direct medical advice. All conditions are unique and require the direct review and care of your own physician. To book an appointment with Zhanna Tarjeft contact her at (480) 550-9551 This does not constitute medical advice, always seek the direct advice of your Doctor or Medical Provider for your specific health care or needs. The disclaimer provides that such medical information is merely information - not advice. If users need medical advice, they should consult a doctor or other appropriate medical professional. The disclaimer also provides that no warranties are given in relation to the medical information supplied on the website, and that no liability will accrue to the website owner in the event that a user suffers loss as a result of reliance upon the information.